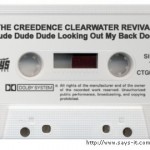 There are so many things to like about our celluloid bible, The Big Lebowski, but one aspect that doesn’t get mentioned often enough is the soundtrack. The music behind the movie is laudable not only for its taste and diversity, but because it plays such an integral part in framing each character and also in […] 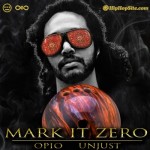 Followers of our official publication, The Dudespaper probably recall that we’ve posted a couple links to cool Lebowski-inspired music mashup mixes. You can see articles about them here and here. Well, we’ve found another cool one called "Your Name’s Lebowski", and though the creator needs to feed the monkey and is charging a few bucks […]

John Goodman has gone on record as saying that his performance as Walter Sobchak in The Big Lebowski was his proudest acting accomplishment. He recently gave an interview to Rolling Stone Magazine’s Peter Travers in which he says he’d love to attend a Lebowskifest one day with Bridges, Buscemi and Turturro in tow. How fucking […] 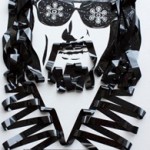 Hey, we just were alerted to this fine piece of modernistical art by a friend of ours in Thailand, photographer Martyn Goodacre. Erika Iris Simmons — that arteest sure as shit can roll (or unroll, as the case may be). She even used an actual VHS preview screener of The Big Lebowski to make it! […]

Hey most of you’ve probably seen the Dudely Lama holding forth about Dudeism on a VW commercial. If not, it’s on You Tube here. We just noticed that a handful of other Dudeism videos have surfaced: A bizarre TV (or internet?) news segment in which Rev. Kyle McDonald gets interviewed by a slightly flummoxed presenter […]