Pillars of Dudeism, these Dudeist prophets and peacemakers have existed throughout history.
Proud we are of all of them.
_____________

When things got screwed up in Ancient China Lao Tzu didn’t go all Mr. Miyagi and try to fix it. He got on his buffalo and took off for more copacetic pastures. But not before scribbling down a few what-have-yous that helped define Eastern philosophy ever since.

The man who wrote “you can never step into the same river twice” propagated the idea that everything was in flux, or “burning.” Consequently one should make the most of it and spark one up whenever possible. And step into the river from time to time, preferably with a cocktail and an inner tube.

Always living up to the dictum, “It’s a dog’s life,” he also famously said “My life has no purpose, no direction, no aim, no meaning, and yet I’m happy. I can’t figure it out. What am I doing right?”

The uber-dude. Helped to bring Dudeism to the forefront of modern consciousness. If not for him, we’d still be stuck in the dude dark-ages. He’s Dude Vinci, Isaac Dudeton, and Charles Dudewin all rolled into one. Or just, His Dudeness, if you’re into that whole brevity thing.

Quincy Jones’ nickname was “The Dude,” and though his 70s urban cult of Dudeism is slightly different than present-day orthodox Dudeism, it still exalts the groovy over the square, the heartfelt over the phony, and the afro over the buzz-cut. At least it did until he started going bald. 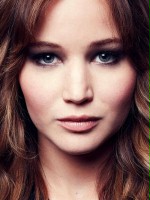 Despite her endearing good looks and the undying affection of everyone on Earth, Lawrence hasn’t let stardom warp her. Deeply down to earth and often refreshingly casual, she’s also an outspoken Big Lebowski fangirl. She even played Maude in a high profile public reading of the screenplay. 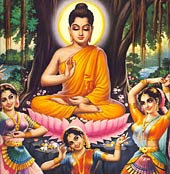 In keeping with the idea that the ideal Dude abandons the trappings of society and goes it his own way, there is no better candidate for Dudeism than the Buddha. Born a rich prince, he bailed on his birthright and taught that you should go with the flow. Chicks also dug him like crazy but none ever tied him down, cause Nirvana was what he was all about, man. Righteous. 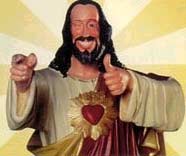 Bearded prophet of the meek and early archetype of the 1960s hippie.

Jesus was born Jewish, but then converted to Dudeism after he realized that the Romans and the Pharisees were fucking fascists. Today lots of people think he’s the son of the guy who created the universe and that our life is in his hands. But probably he was just a dude who thought people should mellow out and stop getting so worked up about stuff. Sadly, few of his followers seem to actually realize that. Remember: There’s not a literal connection. 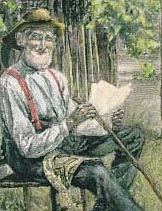 David Grayson wasn’t a real person, but no one knew that for a long time. Intellectual writer Ray Stannard Baker longed for a life out in the pastures and so wrote a series of seemingly-autobiographical books under this nom-de-dude. The series speaks of the comfort of a simple life without too much work, surrounded by nature and good friends. Baker was forced to admit the truth after the character grew in such popularity that others were claiming to be him. The dude will out. To thine own self be dude.

Roll away, the dude. Got a little carried away with the drugs, but it wasn’t because of psychic torment or weakness of character. He just liked them and maybe they made him play better. He was universally reknowned as an all-around nice guy with a live and let live attitude and appropriately-dudeish facial hair. 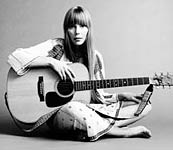 Angel-voiced troubador of the unpaved

While most of the sixties rock revolution was fomented by guys, the ladies seemed to end up as notches in their frayed leather belts of free love, or dead from intemperance like Mama Cass and Janis Joplin. Not so for the quintessentially cool dudeist saint Mitchell who sang smartly about individualism while smoking and cursing like a sailor and living life on her own terms. She paints pretty good too.

Calmer than you are. Calmer than anyone ever anywhere. Gandhi was never, ever un-dude. He practically invented modern pacifism, not to mention shabby chic – he showed up to stuffy English parliament in nothing more than a ratty sheet. He also invented the sit-in, the hunger strike and the cool 1960s specs. He was the man in the white pajamas. 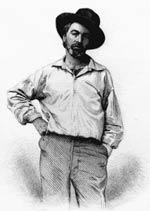 Turned the hobo zero into a boho hero

Never had anything approaching a permanent job. Wandered all over the place. Became a famous poet unexpectedly and accidentally, while poseur contemporaries like Emerson and Thoreau struggled to make sure everyone thought they were hip and bohemian. Was a literate friend to the common man, never really acknowledged his fame, and even though he was probably gay, adamantly refused to iron his clothes. 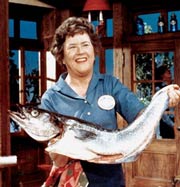 If not for Madame Julia, most Americans afflicted with a bad case of the munchies would only have overboiled 1950s cooking to turn to. But this huge, burly woman proved that you can be working-class and sloppy-looking and still eat good grub. She took the snobbery out of eating well – on one episode of her TV show she accidentally dropped food on the floor and then unceremoniously threw it back in the pan. Right on, Grey Poupon. 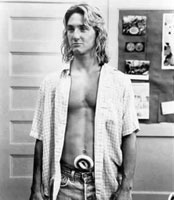 Surfers are responsible for the resurgence of the term “dude” in the 1970s so it would be downright unholy to omit their pop culture patron saint, Jeff Spicoli, Sean Penn’s character in the 1980s movie “Fast Times at Ridgemont High.” Spicoli summed up the dude ethos in this perfectly pithy riposte to another character’s suggestion that he get a job: “What for? All I need are some tasty waves, a cool buzz, and I’m fine.” He also had the brilliant idea of ordering delivery pizza during history class. Though he almost failed history, he totally aced Dudeist Ethics 101. Radical! 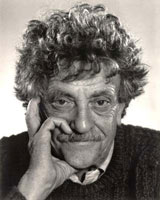 “I tell you, we are here on Earth to fart around, and don’t let anybody tell you different.” So wroteth one of the greatest writers of Dudeist novels ever. While few of his books really even had plots, they were so packed with witty, quotable sayings and iconoclastic, easygoing ideas to live by that it hardly mattered. In fact, the very idea that plots were a part of life was anathema to him. Consistently imploring the world to shrug rather than assert, his essential philosophy was that life on earth is totally and utterly nonsensical so just try to have as good a time as possible without blowing anything up. So it goes.

Have any suggestions for additional dudes? Please suggest them to us.Check out more Great Dudes in History at Abide University and The Dudespaper